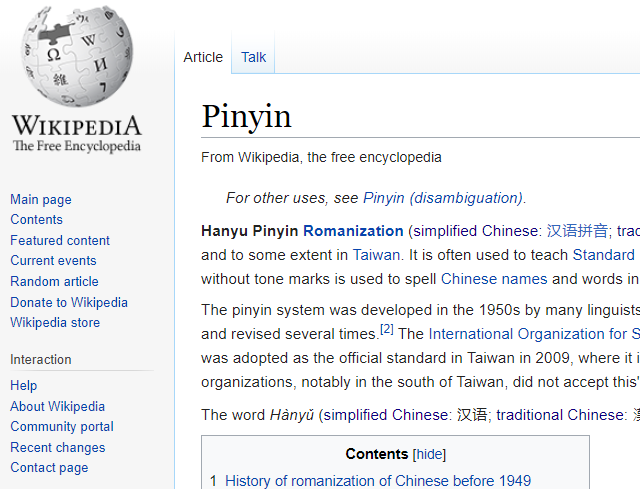 When anyone starts learning to read or write Chinese, there are two basic barriers:

Now when people start to learn Chinese, it's tough to tackle both at once, so the usual starting point is to use what's called 拼音 (or Pīnyīn). Pīnyīn is a schema for Romanizing the characters, basically so they are familiar to people who use alphabets based on that, like English.

So instead of writing 我喜欢学中文, I could write Wǒ xǐhuān xué zhōngwén (meaning I like to study Chinese language). Clearly, for someone coming from a language like English, the latter is much easier to work with at first.

Once you get over that though, it's certainly easier to get started with.

A big challenge though, are tones. I'll write more about them another day, but notice the symbol (umlaut) over the letter o in the word Wǒ (which means I). This indicates that the word is pronounced with the third tone called 三声 (or Sān shēng). It's critical to learn to get tones correct pretty early on.

The exception to this however, is writing on a phone or computer. Pīnyīn is by far the easiest way to type Chinese into one of these devices. I'll also write about the different input editors for computers another day.