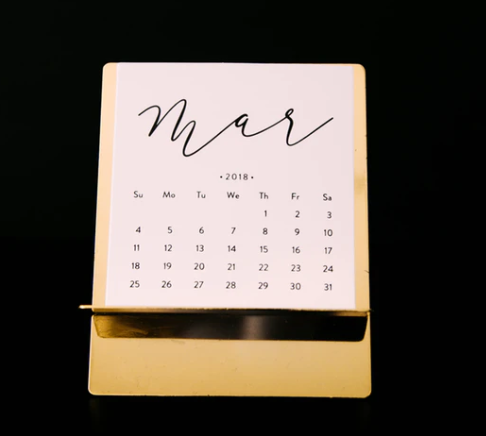 I wrote in previous posts how Chinese refer to relative days and relative weeks in Mandarin. In this post, we'll look at how they refer to months.

月 (Yuè) is the word for Month.

Similar to weeks, the words for up and down are used to make previous and next months:

Other periods are a bit different though. While you can double the ups and downs like we could with weeks:

上上个月 (Shàng shàng gè yuè) is "The month before last" or literally "up up month".

下下个月 (Xià xià gè yuè) can be used for "The month after next", even though Google translates it as "Next Month" (I think it's just wrong on that).

More commonly, I seem to hear these variations used:

前一个月 (Qián yīgè yuè) can be used for "The month before last" or "The previous month". Qián means "In front of".

下个月之后 (Xià gè yuè zhīhòu) seems pretty common for "The month after next". The zhīhòu part means pretty much "after that".