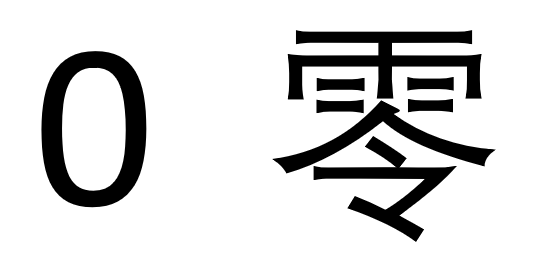 One thing that always fascinates me about Chinese culture, and probably about most Asian cultures, is the endless belief in luck, both good and bad. I have to admit that nowadays I have little time for any form of superstition. I think it's just a throwback to periods where we just understood far less about the world. I think you make your own luck, again both good and bad.

Many Chinese people view things that happen in their daily lives through a perspective where numbers are having an effect.

So I thought I should spend a short while, talking about each of the standard digits and how they're seen.

The first we'll look at is zero. The Chinese character (Líng) is shown on the right hand side of the main image above.

It's sometimes seen as a good number but other times, it's seen as just neutral. It's good nature no doubt relates to the fact that it sounds like another word that is a notion of "sacred".

Zero can relate to either nothing, or everything, as it is limitless. Everything is seen as starting with zero.