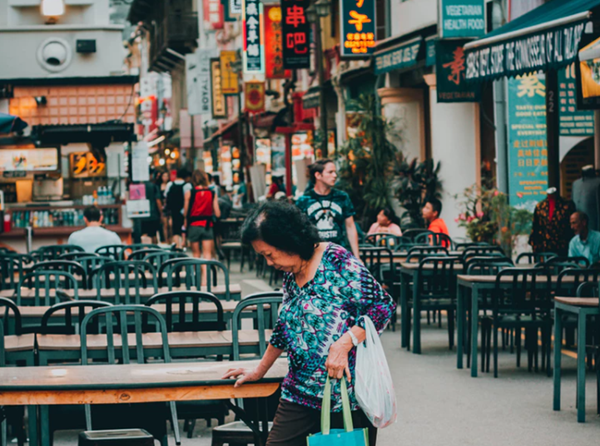 My wife is of Chinese descent. She actually speaks a Chinese dialect (not Mandarin). Locally, that's often called Teochew but it's better known to Chinese as 潮州话 (Cháozhōu huà which means tidal region language), or perhaps 潮汕话 (Cháoshàn huà).

I'm (very) slowly learning some Teochew. Even though it's typically written as Teochew, when I hear speakers of it pronounce it, the name sounds more like "der jill".

When we were getting married, I noticed the long list of aunties and uncles that were coming to our wedding. I remember asking her if they were all closely related. What fascinated me was that my wife said yes, but when I asked what their names were, she referred to them by number i.e. Auntie Two, Aunty Three, and so on.

That had me quite puzzled and fascinated.

It's because the way we refer to aunties and uncles with their given names (i.e. Auntie Jane, Uncle Tom), is considered very rude in Chinese culture. Aunties are ranked in order and one of the big concerns my wife had was making sure to refer to the correct auntie with the correct number. Getting that wrong would also be rude.

The Chinese word for Auntie is: 阿姨 (ā yí)

But not all aunties are really aunties

It's important to understand though that when you refer to Auntie in Chinese, it doesn't necessarily mean that they are related to you. It's a general term used for women older than you, and that you respect.

Many English speakers do the same. I grew up with a woman I called Auntie who lived next door to us but was quite unrelated. So I guess that's pretty much the same.

I also grew up using the spelling Aunty rather than Auntie but I did an online check and apparently, Auntie is now by far the most common spelling so that's what I've used here.