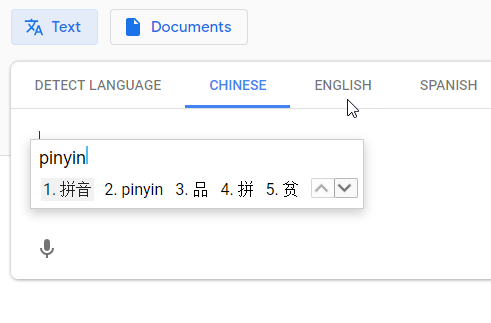 I've mentioned before that the Chinese language uses tens of thousands of characters. It's the same for either simplified or traditional Chinese. That can make it hard for someone learning the language, as there seems to be an endless list of characters to learn.

You also might not have thought about it, but how do you type all those characters on a standard computer keyboard? The answer to both those questions is Pīnyīn (拼音).

For people who are familiar with western character sets,  Pīnyīn provides a way to represent the Chinese words with familiar characters.  This makes it easier to type them on a keyboard as well.

In the main image above, I told Google Translate that I was going to type Chinese characters. Instead, I typed the characters pinyin into it, and it showed me things that I could have meant. Here's another example. I'll type ma: 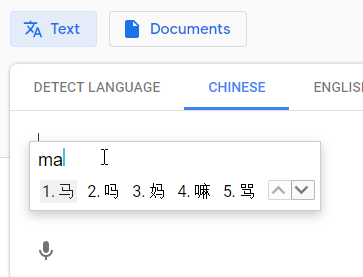 It shows me the characters and I can choose which one I want by just typing the number. The first one is a horse, the second one is like a question mark, the third one is a mother, and so on.

Tones are really important and while each of those is ma, they don't all have the same tone. We'll talk about that more another day. We don't need to enter the tone to find the character.

There are also some sounds that we really don't have. For example, the character 曾 is written as Céng but the "c" is pronounced more like "ts", so this is like "tseng".

If you try to learn this, it won't take that long to get to a point where you can read Pīnyīn fairly easily. Because Japanese has a lot of Chinese characters (they call them 漢字 or Kanji), they also adopted a way of writing using our familiar characters. It's called ローマ字 or Romaji. It works much the same: 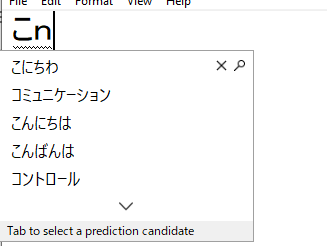